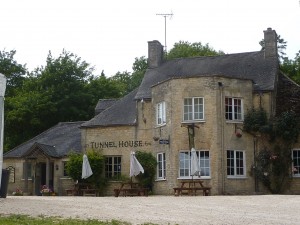 Within, but on the edge of, the parish are

There is a wide variety of restaurants, cafes, coffee houses and pubs in Cirencester

The nearest post offices are in Kemble and Cirencester

Primary schools are at Sapperton, Kemble and Cirencester.

Gloucestershire County Council operate a mobile library stopping outside the Old Schoolhouse every 4 weeks on Tuesdays (11:55- 12:55)

This library in the village hall lobby is available whenever the hall is open.

From Cirencester, buses run to Swindon, Cheltenham and Gloucester.

The current (January 2017) timetable for bus services to Cirencester, this is subject to change so use the Traveline link to check out bus timetables or help plan your journey.

There is a national rail station at Kemble (bus 881 runs to Kemble) operating on the local line between Swindon and Cheltenham (calling at Stroud and Gloucester).

Some trains continue on to London Paddington and Worcester, otherwise change at Swindon/Cheltenham.